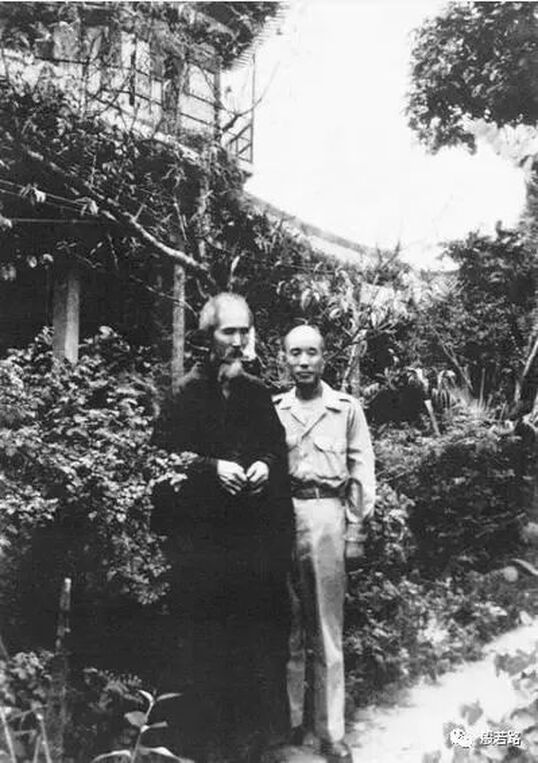 During the 23ed day of the nine month of 1946, Master Xu Yun is visiting the 'Liurong' (六榕) or 'Six Banyans' Temple situated in the Guangzhou area of Guangdong province. He had been invited there to perform a ritual for the well-being of all the people killed before and during WWII. In China alone, the death toll due to Imperial Japanese aggression (between 1931-1945) amounts to around 60 million! As Master Xu Yun completed this ritual - a red peach-tree (standing in front of the 'Manjushri Vihara' [解行精舍 - Jie Xing Jing She] or 'Training Hall' for Buddhist monastics - and next to an 'altar' spiritually protecting the building), suddenly flowered and burst into a bright bloom! Hundreds of thousands of people from the local area came to see this miraculous occurrence once the news spread! Master Xu Yun and a devout layman were photographed next to this flowering peach-tree whilst both standing at the foot of the 'Flower Pagoda' (花塔 - Hua Ta). Master Xu Yun's autobiography records that Upasika Zeng Bi-shan made an embroidery of the event - whilst Upasaka Hu Yi-sheng painted a picture of the auspicious flowering! It is a possibility that these lay-people were responsible for (or 'in') this photograph. 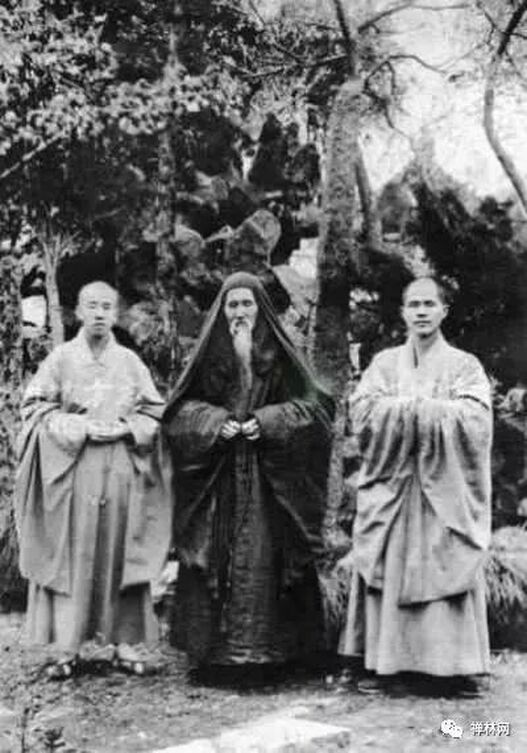 Master Xu Yun had left the Nanhua Temple in Guangdong at  the behest of President Lin Sen to travel to Hunan to carryout purification ceremonies for the spirits of the deceased killed in the war. Whilst in Hunan - Marshall Li Ji-shen - invited Master Xu Yun to Guilin. On the 14th day of the 11th month, 1942, Master Xu Yun arrived at the Buddhist Temple situated on Mount Yueya (月牙) or 'Moon Tusk' at Guilin situated in Guangxi province. Here, he met Dharma Master 'Dao-An' (道安)and agreed to this photograph featuring another Master. 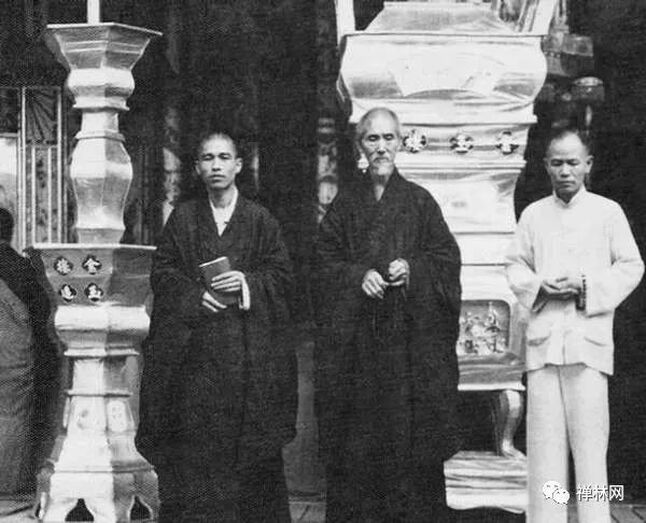 Master Xu Yun visited the Caroline Hill area of Hong Kong in 1947. This was part of a continuous round of water and land purification rituals carried-out all over China following the end of WWII and the Second Sino-Japanese War in 1945! In this picture he is in the Stadium of the South China Athletic Association and is standing in front of the grand altar with his Disciple - 'Zhi Deng' (知定) - as well as other devout Buddhists. 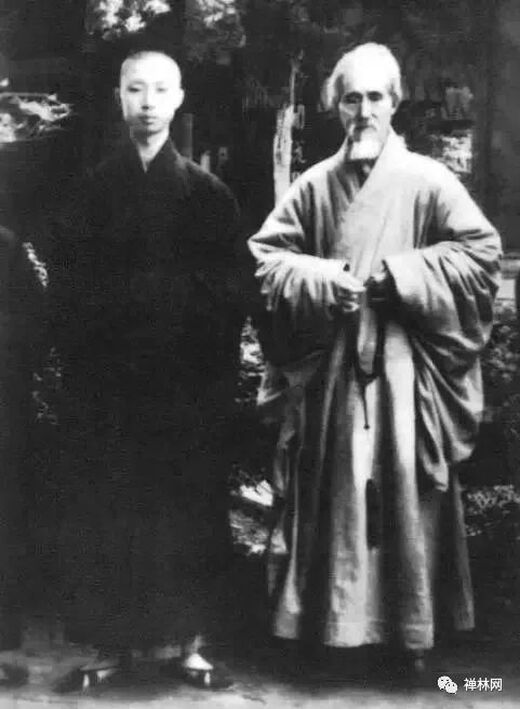 On the 22nd day of the 11th month of 1948, Master Xu Yun was photographed at the 'Liurong' (六榕) or 'Six Banyans' Temple situated in the Guangzhou area of Guangdong province. He is stood with his Disciple - 'Guangming' (广明) - outside the Ancestral Hall (祖殿 - Zu Dian). 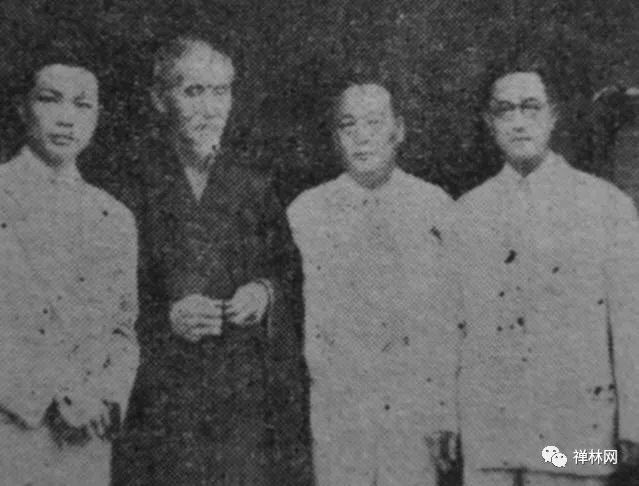 During 8th month of 1947, Master Xu Yun was photographed wit a group of devout lay-practitioners in Hong Kong. Master Xu Yun was in his 10th year of life when he visited the British Crown Colony recently freed from the brutal tyranny of Japanese Imperial Army Occupation (1941-1945). Hong Kong would have to wait until 1997 to be fully returned to the control of the Chinese Motherland. 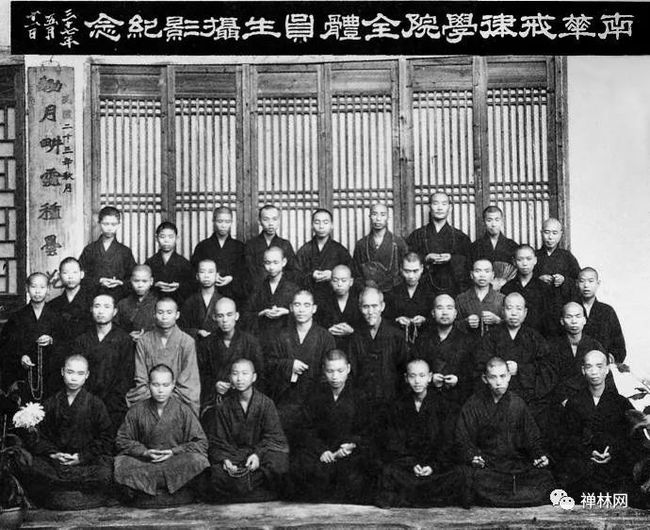 During the 5th month of 1948, Master Xu Yun was photographed with the Teachers and Novice Monastics of the 'Nanhua' (南华) Temple Vinaya Discipline Study and Practice School. 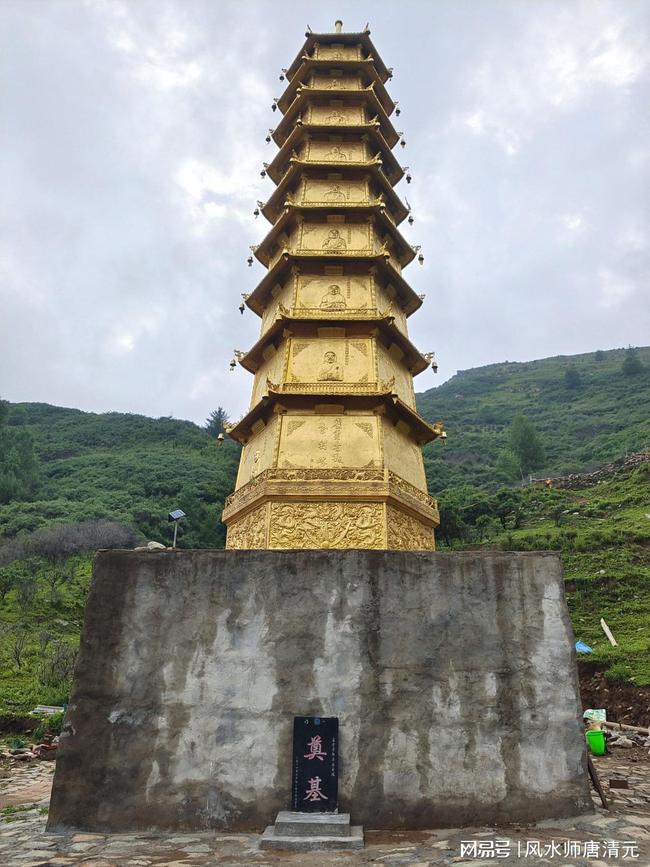 Banners That 'Bless'!
A Stupa (舍利塔 - She Li Ta) dedicated to the memory (and spiritual presence) of Master Xu Yun (1840-1959) exists in a remote area of of Mount Wutai (五台山 - Wu Tai Shan), or 'Five Tower Mountain', situated in North China's 'Shanxi' province. To be more precise, the Stupa of Master Xu Yun iis located near to Taihuai (台怀) Town on Mount Wutai, not far from the Shuxiang (殊像) Temple – located in the valley to the West of Xinfang (新坊) Village. This area has been known as ‘Fenglin’ (凤林) or ‘Phoenix Forest’ Valley since ancient times – as its physicality appears to ‘shimmer’ as if the place is an interface between different dimensions.  ‘Gukou’ (谷口) or the ‘mouth of the valley’ - is believed to be the legendary location of the Ancestral Court of the Bodhisattva ‘Manjushri’ (文殊 - Wen Shu) - as represented in real-life by the Shuxiang Temple! Indeed, opposite the Shuxiang Temple is the ‘Tranquil Immortal Self-Cultivation Gully’ (梵仙山沟 - Fan Xian Shan Gou).  In the middle of this imposing landscape there are two gleaming bronze reliquary pagodas. The copper tower is dedicated to Master Xu Yun and was built in 2015, whilst the bronze South-facing tower is a relic depository dedicated to Venerable Old Monk - ‘Zhen Yuan’ (贞圆) [1899-2010) - whilst to the North is the tower dedicated Master Xu Yun. Zhen Yuan was 112-years-old when he died – in his 113th year of life. As both men’s purity level was considered very high – it is believed that both ‘transformed’ into Bodhisattvas during their lifetimes and this is reflected in the 11-storey Bodhisattva Pagoda construction. Buddhists believe that by clearing land, raising funds and constructing pagodas a great ‘good’ karma is accumulated. Not only this – but showing respect to pagodas already dedicated to great spiritual men and women generates karma that is even beyond this great level! Furthermore, copying ‘images’ and distributing these pictures grants the recipients a great good karma just by ‘looking’ at the impressions concerned! 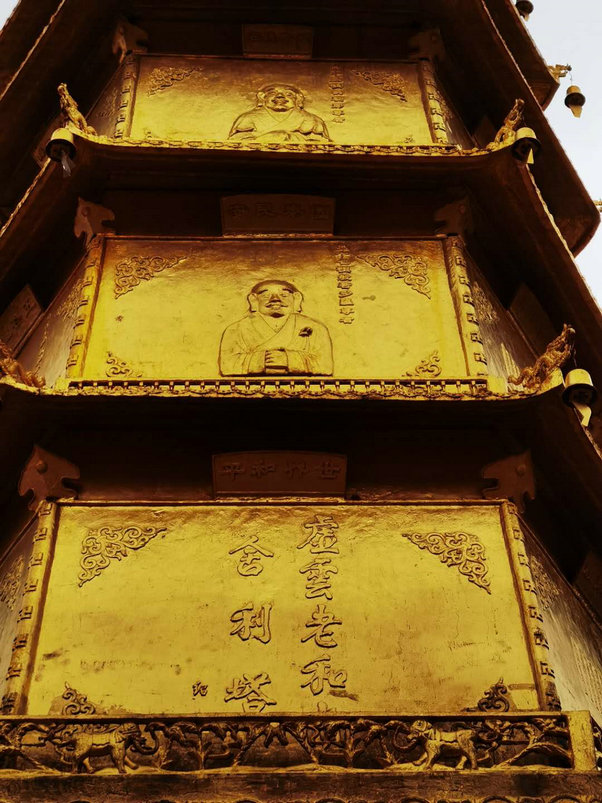 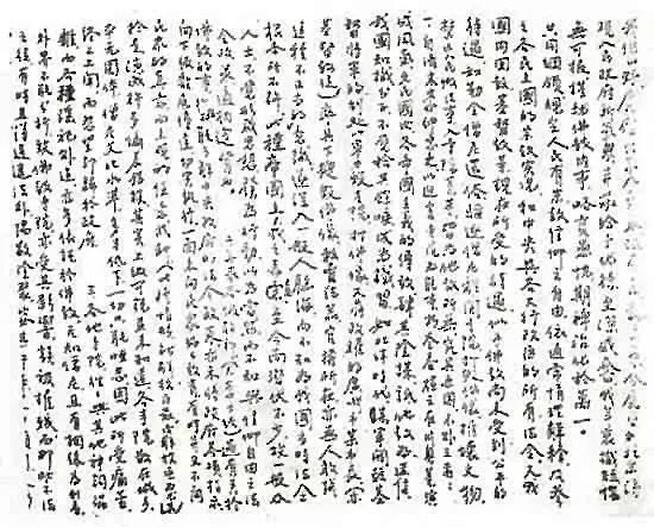 During the 8th Month of 1947, Master Xu Yun Composed a Poem About Correctly 'Looking Within' Whilst Cultivating the Dharma! 1947年8月，虚云老和尚自题法偈 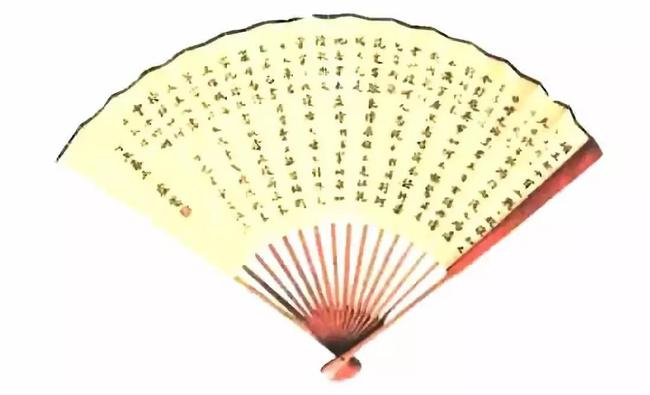