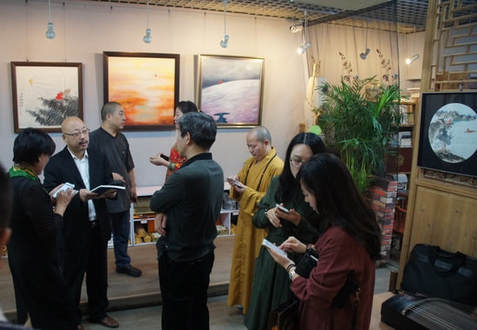 Translator’s Note: The modern Chinese artist – Ceng Zui – has merged his own realisation achieved during Ch’an meditational development, with his art products. He is considered a ‘master’ painter, drawer and calligrapher, and although a lay-Buddhist (who took refuge within a Tibetan Buddhist lineage), Ceng Zui is held in high regard by high-ranking (or very spiritually advanced) Ch’an Buddhist monastics. This respect has extended to a living disciple of Master Xu Yun (1840-1959), and the famous Shaolin Temple, as well as other holy Buddhist places around China. 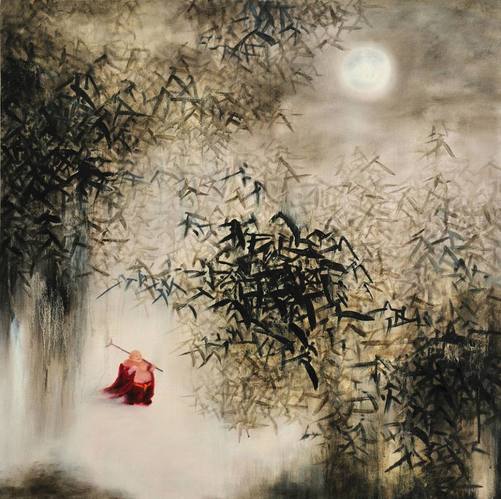 A Beautiful Example of Ceng Zui's Art-Work
However, Ceng Zui’s mastery of artistic expression is not limited to within China, but has been recognised internationally. Ch’an Buddhism has a history of strict discipline and non-discrimination. Ch’an monks and nuns, although subject to a very strict Vinaya Discipline, do not ‘look down’ upon lay Ch’an practitioners, but rather view themselves as being ‘beneath’ the least capable of lay Ch’an adherents. Within the Chinese Ch’an tradition, the original Indian Buddhist teaching is retained, whereby the historical Buddha stated that anyone can realise enlightenment, regardless of status or situation in life. It is believed in China, that Ceng Zui’s artistic ability stems not only from his expert training, but also from what he has personally realised through the practice of Ch’an meditation.
ACW (18.12.2017)
​
(China Culture News) On September 10th, 2015, at 3:00 pm, the ‘Ceng Zui (曾醉) Mind Intention (禅意 – Ch’an Yi)’ Painting Exhibition was opened at Hongyanxuan Gallery, situated in Liulichang East Street, Beijing. Around 40 pieces of art created by Ceng Zui were exhibited, including drawings and ink paintings. Ceng Zui (曾醉), was born in September, 1967 in Mengzhou City, Henan Province. He graduated from the Xi'an Academy – Department of Fine Arts and Crafts. Since early childhood, he has been profoundly influenced by Ch’an, arising primarily from the Buddhist practice of his (maternal) grandfather Xi Wulii (习武礼). In his youth, he was a disciple of the ‘Father of Modern Chinese Painting’ – the Great Master (大师 – Da Shi) known as Lin Fengman (林风眠). He also spent 6 years as a disciple of Liu Shiping (刘石平). Later, he served as an art editor for the People's Daily. After meeting the Tibetan ‘Living Buddha’ known as ‘Jin Mei Long Duo Jiang Cuo’ (晋美龙多江措), in Chengda (Sichuan province), Ceng Zui formally converted to Buddhism. 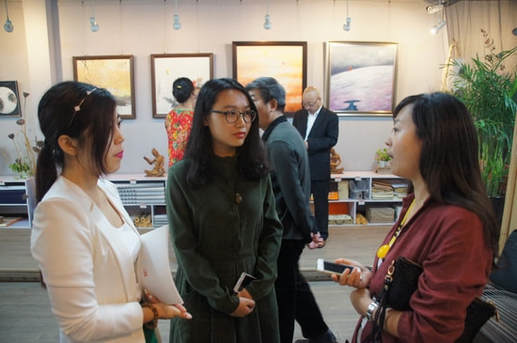 He is now a professional painter settled in Beijing, and a research fellow for the Chinese Institute of Buddhist culture and art. Ceng Zui has inherited and maintained the excellent tradition of emphasising a harmonious relationship between China and the West, as taught by his teacher - Lin Fengman. Over the years, Ceng Zui has carried-out profound research (and reflection) upon the differences between Chinese and Western painting and theory. As a consequence, his works often exhibit an integration between both Chinese and western cultures, are naturally casual in nature, and rich in connotation. He abandons the form of rigid representation, and instead expresses freedom of spirit and freedom of life, through the rigours of meditative self-reflection upon life and the achievement of enlightenment (as taught within Buddhism). This developmental process has opened-up a great distance between his own works and the traditional style of Buddhist thematic painting. This progression has seen his own style referred to ‘Ceng Zui Ch’an Intention’ painting.  Ceng Zui explains: ‘It has its own style in form, and has its own thought in content.’ 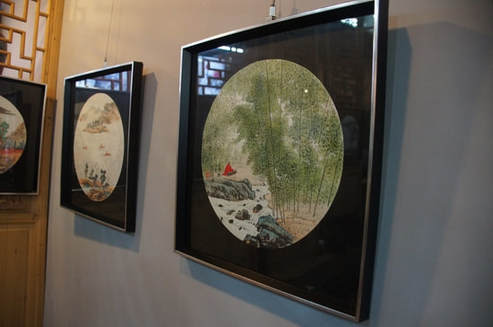 This is exactly what is valuable and to be commended about ‘Ceng Zui Ch’an Painting’, a form of Chinese art-work which has naturally merged with the international art market. Ceng Zui has been the only artist (for a number of years) to produce CD-cover art-work for the China Buddhist Association. He is the only artist to have been invited to exhibit his work at the holy Buddhist sites situated on Emei Mountain (峨眉山 – E Mei Shan). His work has also been featured in China’s largest and most successful newspaper – the China Commercial Daily – which introduced ‘Ceng Zui Ch’an Painting’ internationally, through the pages of a ‘special edition’. In October, 2014, Ceng Zui was invited to attend the 27th World Buddhist Congress Art Exhibition. In December, he was invited to participate in design and art-work for Buddhist film production. In January, 2015, Ceng Zui was invited by the President of the Buddhist Association of China – the Great Monk (大和尚 – Da He Shang) named ‘Xue Cheng’ (学诚), and was asked to contribute to the animated series entitled ‘Study Honesty – New Language’ (学诚新语 – Xue Cheng Xin Yun). 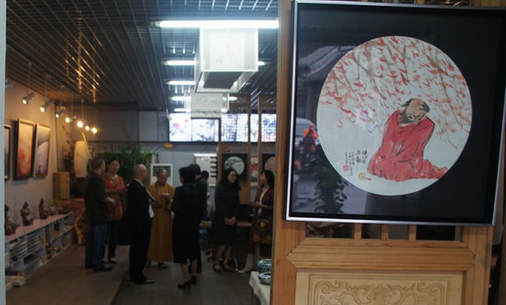 During February, 2015, Ceng Zui was invited by the Old Venerable (长老 – Zhang Lao) monk know as ‘Zhao Ch’an’ (照禅), to participate as an ‘expert’ on a calligraphy committee that was being formed. Zhao Ch’an Zhang Lao was one of the top ten disciples of the Great Monk – Master Xu Yun (虚云)[1840-1959], and currently holds the post of ‘Shou Zuo’ (首座) – or ‘First Seat’ – at the famous Shaolin Temple (少林寺 – Shao Lin Si), situated in Henan. Ceng Zui was invited by Buddhist and art institutions to hold at least 30 solo exhibitions in places such as Beijing, Sichuan, Shanghai, Guangdong, Fujian, Jiangsu, Tianjin, Shandong, Shanxi and Jiangxi. He has also attended around 32 international Buddhist and art fairs, where his art-work has gained a greater audience and attracted the attention of a number of foreign design specialists and art experts.