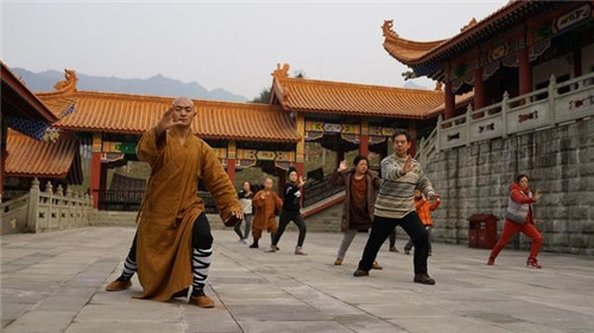 Translator’s Note: Master Xu Yun (1840-1959) was born at the ‘headquarters’ of the Quanzhou Prefecture, which is situated in Fujian province. In early 2016, China’s media reported on the progress of a ‘new’ Shaolin Temple being built in Chongqing (South-West) China (once part of Sichuan province), designed to spread the legitimate culture of Shaolin Ch’an meditation practice and martial development. This project appears to be a transmission primarily of the Shaolin Temple tradition that exists in Quanzhou, aided and abetted by the spiritual and historical might of the Songshan Shaolin Temple in Henan. What does this mean for the lay or monastic Ch’an practitioner? It means that a direct and true lineage of transmission must be present that conveys an authentic method of psychological and physical self-cultivation. Sit straight and do not wobble!
ACW 26.6.2017

The Fujian investors behind the new ‘Western’ Shaolin Ch’an Temple in the Jiangjin area of Chongqing, have stated that from the beginning to the end of this important spiritual and cultural project, the Shaolin Authorities at the Quanzhou Shaolin Temple (situated in Fujian province), have been fully consulted to ensure the authenticity and continuity of the well-known Shaolin Temple martial arts and Ch’an Buddhist traditions. This is particularly important, as the Shaolin Temple tradition is considered the birthplace of both Chinese Ch’an Buddhism in China, and of a distinctive spiritualised martial system. Its overall architectural style will be the combination of Southern Fujian architecture, combined with the characteristics of the Chongqing (South-West) building techniques, so that the red glazed brick common in Southern Fujian, will complement the black glazed bricks found in Chongqing. Quanzhou local media has reported that Shaolin monks from the area have assisted in the planning stages to create a firm foundation, and when fully completed, will assist the new temple to establish its martial and monastic routines, as well as cater for the visiting lay-Buddhist community. In addition, when fully completed, this new ‘Western’ Shaolin Temple will house ‘Buddha Relics’, and fully embrace all aspects of the ancient Shaolin Temple tradition, which include developing a sutra library, a fully functioning meditation hall, and a vibrant martial arts training syllabus. Eventually, when the cultural level has sufficiently developed and strengthened, Ch’an Buddhist monastics will be ordained at this temple. This will include not only direct contact with the Shaolin Temple at Quanzhou, but also with the oldest Shaolin Temple at Songshan (Henan). Visitors will be able to study the Buddhist sutras, sit for extended periods in the Ch’an Mediation Hall, and practice a number of Shaolin martial arts styles (taught by Shaolin monks) including Five Ancestor Fist (五祖拳 – Wu Zu Quan), Grand Ancestor Fist (太祖拳 – Tai Zu Quan), White Crane Fist (白鹤拳 – Bai He Quan), Plum Blossom Fist (梅花拳 – Mei Hua Quan), and Southern Fist Martial Arts (南拳功夫 – Nan Quan Gong Fu). As well as conveying the Caodong (曹洞) School of Chinese Ch’an Buddhism, the Shaolin Temple is also responsible for preserving and passing-on a fully developed and elaborate system of Chinese martial arts and related subjects (such as medicine and healing, etc). To ensure the correctness of transmission for these many important and precious Chinese cultural traditions, the Songshan Shaolin Temple has agreed to directly guide this process, a decision fully supported by the government of Mainland China, which has also assisted with finance and materials, declaring the project to be purely humanitarian and educational in nature, and strictly ‘not for profit’. This undertaking is part of a greater cultural project that values the self-discipline of mind and body to build psychological and physical strength and health, and in so doing, create a fully unified Buddhist culture in Mainland China that benefits the country, and by extension, the world. 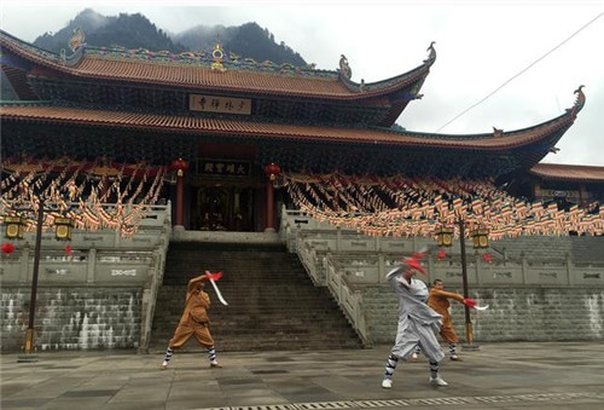 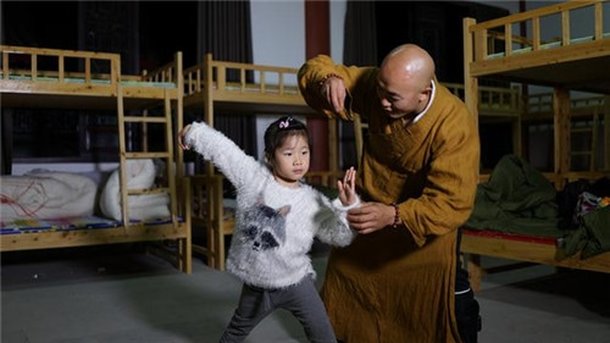 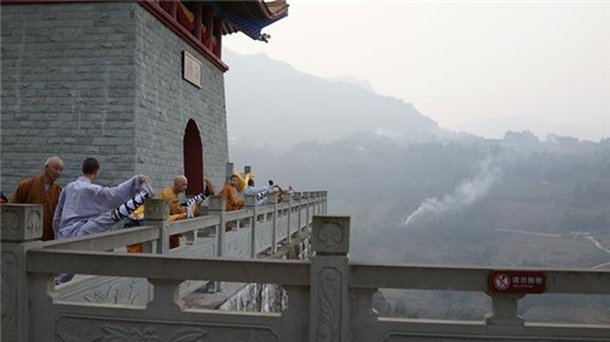