The Huatou and Pain Management 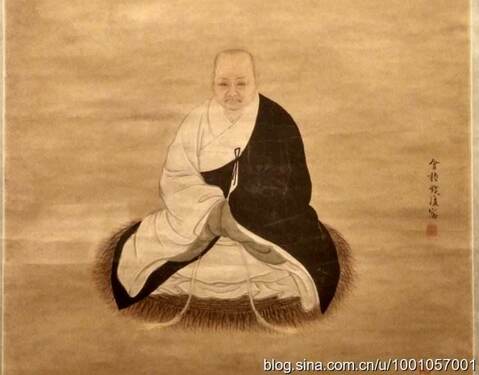 Buddhist ideology often recognizes six sense organs – the eye (vision), ear (hearing), nose (smell), mouth (taste), body (sensation) and mind (thought). Together, this physical bundle of sensations, perceptions, thought formations and consciousnesses constitute a living human-being. Whereas the advice within Early Buddhism is to cultivate and exercise a pristine awareness which clearly (and correctly) separates all experience into its correct sensation or feeling tone (such as ‘pleasure’, ‘neutral’ or ‘pain’), as the centuries passed, society changed and Buddhism spread into new and diverse cultures outside of ancient India, this ability that was relatively achievable became ever more uncommon and a rare experience. Within this ability to concentrate, calm and strengthen the mind in this manner, many Buddhist practitioners either diverted off the path of genuine Dharma, or were limited to following morally pure lives with no development of strong non-attachment, wisdom or compassion. For many, the surface movements of the mind were far stronger than any concentration that was brought to bear. As this was the case, no amount of attempted meditation could ‘still’ the mind or develop enough insight to traverse the various levels of meditational development as explained by the Buddha himself. The huatou method probably dates back to the introduction of the Surangama Sutra into China (and the Chinese language) in 705 CE, and was used to describe general teaching stories known as ‘gongan’, as well as referring to a ‘special’ type of meditative technique. Instead of minutely analyzing every sensation, perception and thought formation into its corresponding category of ‘pleasant’, ‘neutral’ and ‘painful’, the huatou seeks to return ALL six senses to their perceptual-non-perceptual root. The practitioner achieves this by focusing the mind upon the question ‘who is hearing?’ - and in so doing returns all audible stimulus back to the empty mind ground from which it arises. Returning the hearing in this way is believed to be the most effective method and the easier of the six senses to use in this manner. Once one sense is returned it automatically follows that ALL senses are returned and the mid-point between ‘perception’ and ‘non-perception’ (I.e. the empty mind ground) is penetrated. This process ‘stills’ the mind (relative enlightenment), and prepares the mind (through further training) for the experience of full enlightenment (which sees conscious awareness expand to incorporate the entirety of the environment).

Ch’an Master Da Guan Zhen Ke (達觀眞可) [1543-1603] states that there are ‘three’ types of meditation practice which vary in depth of purpose and attainment: a) poor quality sitting is faith-based and relies on a good basic posture with the reciting of half a verse, or repeating the Buddha's name or mantras. There is a ‘belief’ that the meditation posture contains some type of ‘magic’ which is activated by ‘devotion’ to the practice. Such students do not get anywhere in their practice, but are protected by a compassionate master. b) consists of Equanimous sitting. This cultivates ‘seeing through’ the three sets of elements, sense organs, sense objects, and sense consciousness until there is no doubt. When sitting, the body is viewed as clouds and shadows and the mind as wind trapped in a net. With determination, all sensory stimuli are peeled away. Those skilled in this method can sit for days without eating or drinking, and preserve their energy – but this is not the best practice. c) is the powerful sitting of genuine Ch’an Buddhism. This takes as its objective nothing short of penetrating through to the fundamental mind (or empty mind ground). The enlightenment stories of the past masters may be used to ‘seal’ the mind and cut-off all unnecessary movements and obscurations. This is how the ‘still’ and ‘unchanging’ state is realized. All things are perceived as empty from beginning to end and penetrated with a powerful insight which immediately (and permanently) perceives the empty mind ground manifesting in the ten directions! Not only this, but all things (although empty from start to finish) manifest within this all-encompassing empty mind ground without hindrance or contradiction. This is not an easy practice and practitioners should be prepared to wear out the meditation cushion! Immeasurable distances are traversed in an instant of expansive awareness! Although the empty mind ground bursts open, the practitioner is unmoved and does not rejoice. What seemed extraordinary a day before now appears quite ordinary! Although difficult to achieve, there is nothing special about any of this.

Whilst considering the ‘public records’ (gongan) of the past masters, which record the dialogues between the enlightened teachers and their enquiring disciples, Master Da Guan suggests that the ‘mind-point’ should be chosen as an area of a ‘gongan’ which is subjected to particular (robust) scrutiny by a Ch’an practitioner. What is chosen may vary from student to student, but once a ‘word’ (or ‘concept’) is chosen in the story, then all spiritual energy is diverted into that point of enhanced concentration (hence ‘powerful sitting’). This is how the ‘huatou’ (I.e. ‘word head’ - or ‘root’ or ‘origin’ of the ‘word’) is put into practice using the enlightenment dialogues of old. The ‘force’ of this enquiry stems from the ‘who?’ who is seeking the answer and, in this case, it is the essence of the psycho-physical entity the instant before perception (and its corresponding ‘non-perception’) is generated and emerges as the operating of the six senses through the six sense organs (which are interacting with the sense objects that comprise the environment, etc). In effect this means that greed, hatred and delusion, as well as the three categories of ‘pleasant’, ‘neutral’ and ‘painful’ (found in the Pali Suttas of Early Buddhism) are all subsumed into this ‘who?’ and become part and parcel of the huatou practice itself. Although it is correct that greed, hatred and delusion are the basis of the obscurations of the mind that traverse its surface structure, and it is equally true that human experience can be separated into ‘greed’, ‘hatred’ and ‘delusion’, it is also true that every one of these attributes is equally ‘empty’ of any and all substantiality from start to finish.

An individual may well suffer from a long-term illness, disability or injury, etc., and in reality, this should have absolutely no consequence on that individual’s practice of the Ch’an Dharma. This same attitude of equal access holds true within the entirety of Chinese Buddhism, where a monk or nun, although holding very strictly to the Vinaya Discipline, must not consider themselves ‘superior’ in any way to a lay practitioner, although a lay practitioner has to overcome many difficulties associated with the world of dust to progress in any substantial manner. Nevertheless, the Ch’an Records are full of examples of lay people attaining full and complete enlightenment, and even choosing the time (and manner) of their death and departure from the world. All this is possibly because the underlying essence of ALL manifestations of material reality is ‘empty’ of any and all substantiality from start to finish. This is not a negation of matter, but rather a clarification of its manifestation (a reality which can be ‘penetrated’ and ‘understood’ by cultivating the human mind in a certain manner). The material universe (multiverse) appears to manifest in an all-embracing and three-dimensional void that is beyond measure but knowable through the mind. Pain is ‘real’ in the sense that each human mind and body possesses the ability to generate it in response to certain inner (bodily) and outer (environmental) stimuli. It warns of danger, conditions behaviour, and draws attentions to psycho-physical problems that need solving (as well as caring for, etc). However, ‘pain’ is a response generated within the mind and body and is a product of bio-chemical processes that manifest as sensory data. As such, this ‘pain’ can be ‘returned’ to its ‘root’ of perception – non-perception through the use of the huatou. When this happens (and the mind is ‘stilled’) all sensation (including ‘pain’) can be ‘suspended’ and a relief experienced by the practitioner. Even when pain is present, the huatou ‘Who is feeling pain?’ can be used to return psychological and/or physical experiences of pain - ‘reversed’ as it were - back through the sense that manifests it, and into the empty mind ground from which it originally emerged. This is not an easy practice, but it is a possible achievement.